I spent a day last week shooting some aerials stills of Belhaven Hill School in Dunbar, East Lothian. After waiting for several weeks we finally managed to get the shots on a stunning sunny afternoon. The school is very close to the water so it was great to get shots with the sea in the background as well as the whole school. Using the drone to get photographs of the school was ideal as we could capture a huge range of shots from varying heights fairly quickly.

Even with the widest 16mm lens on the drone it was proving tricky to get the whole school grounds in shot as there is a road at the front of the school which couldn’t be flown over. To get around this I took a series of pictures which were then later stitched together in Adobe Lightroom to create a high resolution panorama image. Providing a high resolution image like this is ideal as their graphics staff will have the option to punch in on a specific part of the frame if needs be.

As well as capturing a load of aerial images I also took the opportunity to do some filming with the drone incase the school wanting to have some looping video on their website. 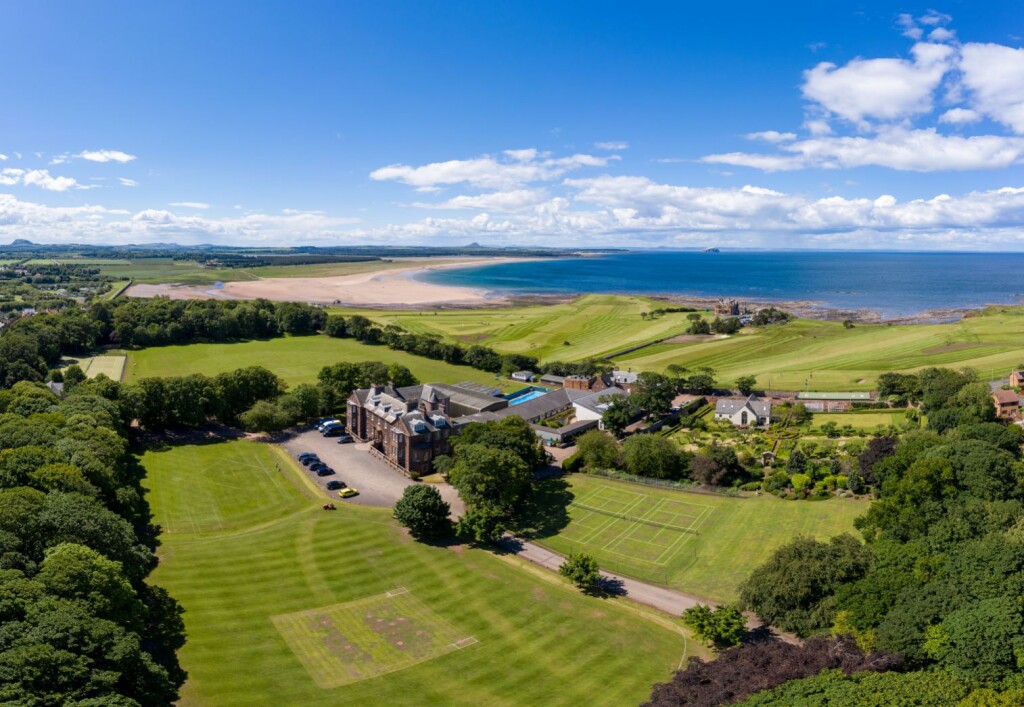