Last week I spent a day filming some interviews for the Scottish Episcopal Church. We filmed pieces to camera with a selection of Bishops. These films will be cut into 2 minute long pieces to be used on their new website which is going live next week.

We used Old Saint Paul’s on Jeffrey street as the location for the filming. Filming in a church gave me so many different backgrounds to choose from. Using lights I was able to highlight bits in the background, like the cross in the shot below. I think adding texture like this to the background works a treat, this was created by using the Arri 150 with the barndoors almost fully shut, allowing just  a sliver of light on the cross.

As these were straight pieces to camera with no other footage mixed in I used a second tighter shot to allow me to edit any unwanted bits out. 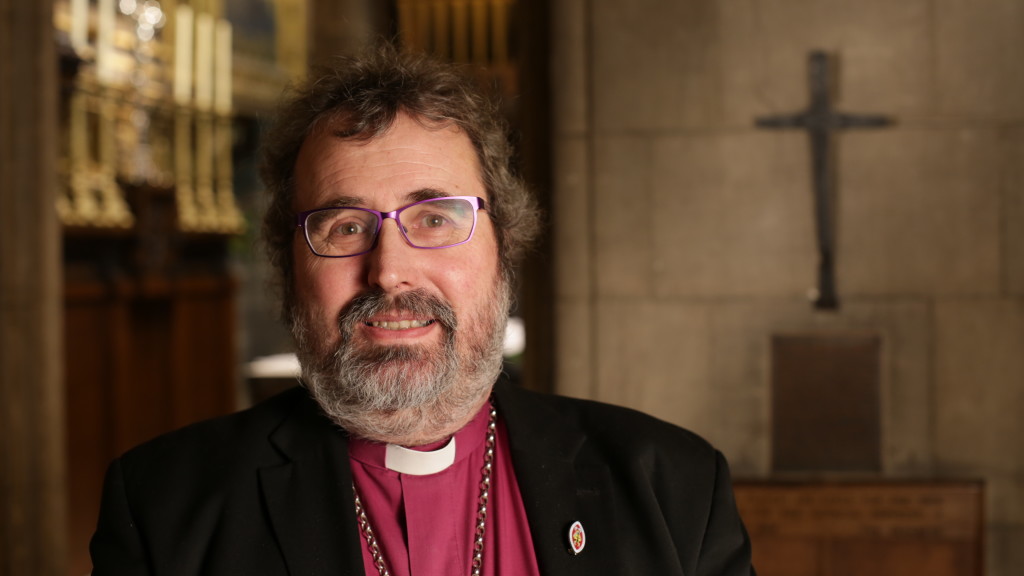 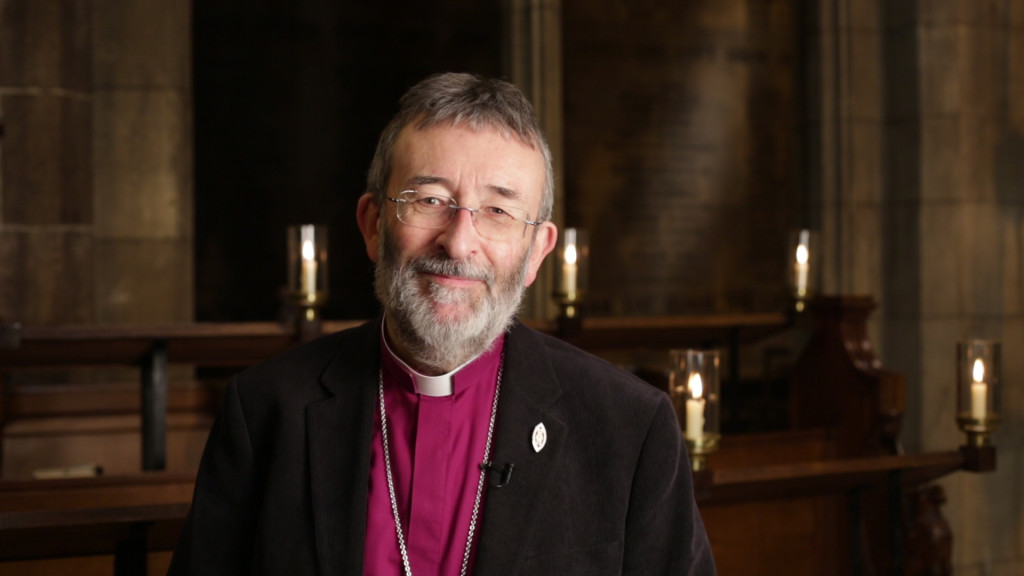 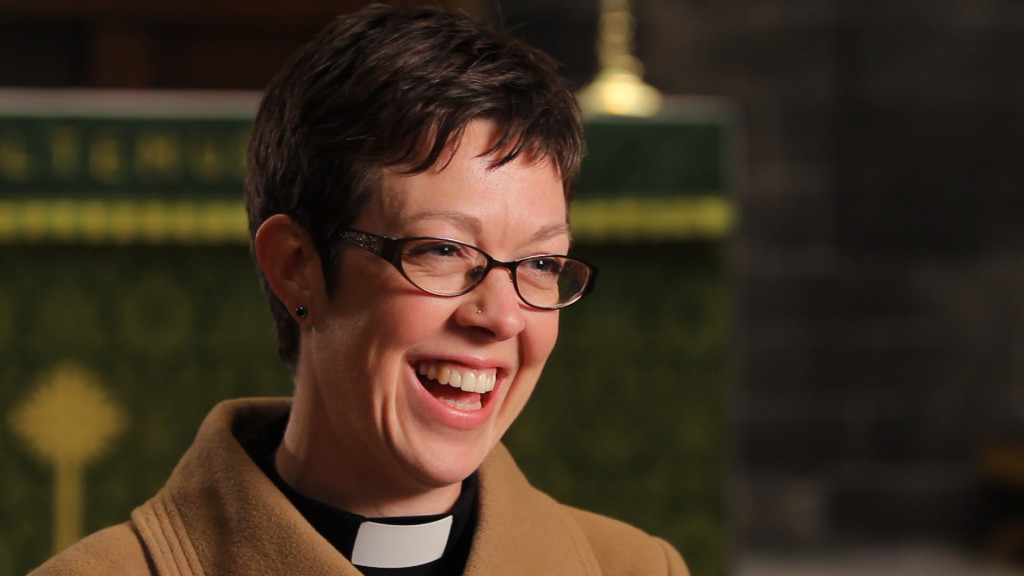 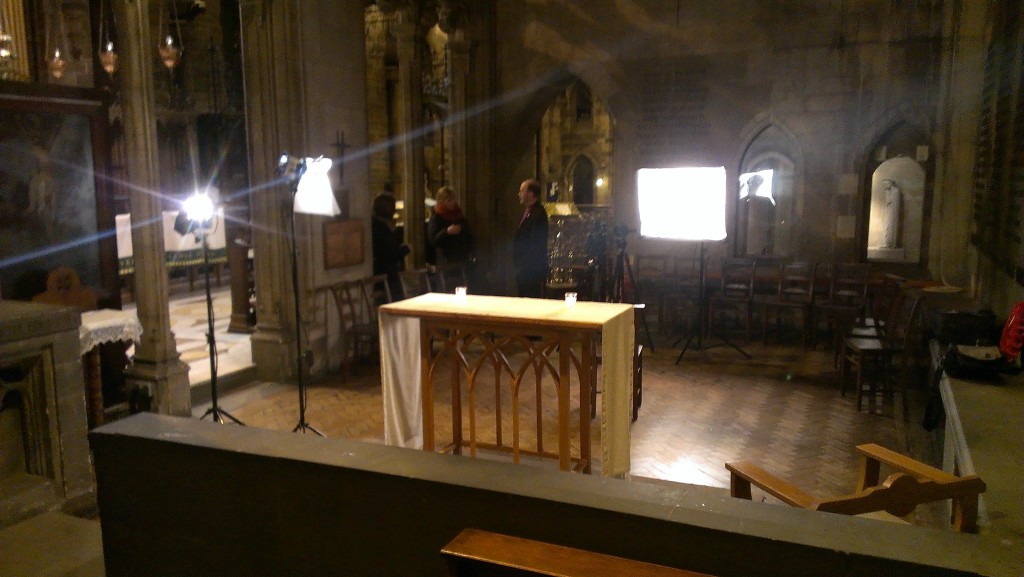