Yesterday I was hired by GloCast who were live streaming an event hosted by the European Parliament debating whether the EU has helped or hindered Scottish culture. We were using a Sony EX1 as the main camera along with an unmanned wide shot which was then mixed for the live steam which was hosted on the Huffington Post. 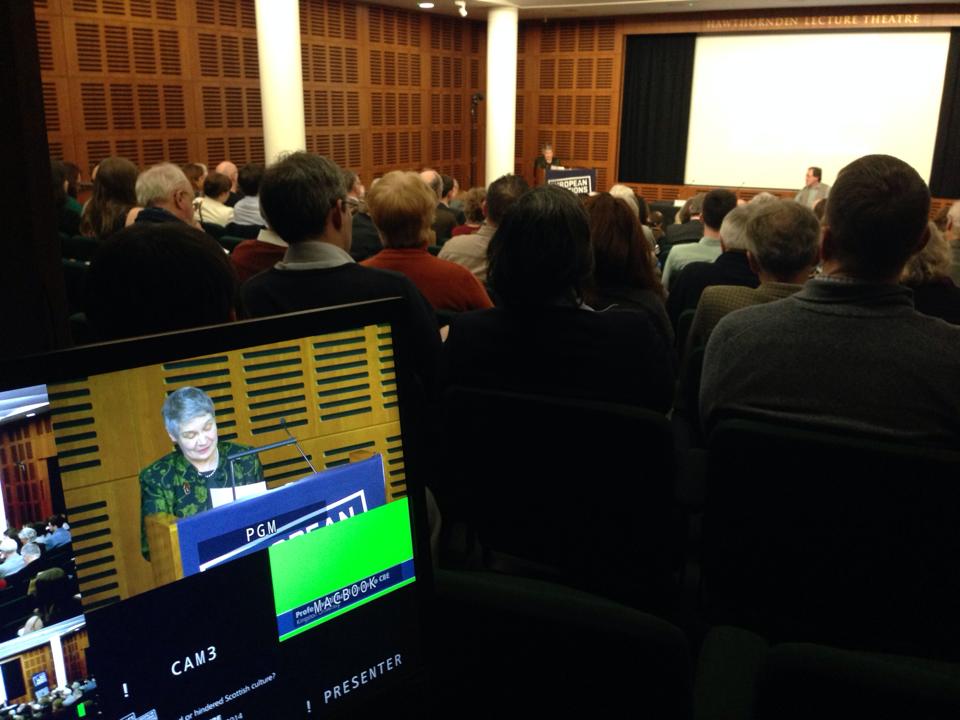