Getting to grips with the DJI Ronin handheld stabaliser review

Its fair to say most people in the industry got excited when the MOVI M5 + M10 hit the market but unfortunately after seeing the price tag the prospect of owning one became a dream for me! Along comes DJI with a much cheaper version called ‘Ronin’.  DJI are more known for making quad and octocopters and they’ve used their expertise making gimbals for these machines to break into the hand held stabiliser market. After buying one I’m really impressed with this new bit of kit.

I’ll be keeping my Glidecam as a backup but overall this thing beats it hands down in every way. The ability to get smooth tilting shots is so easy and the fact that its not affected by the wind makes it a joy to use – it feels like cheating! The build quality of CNC’d aluminium feels solid and clear its been well thought out. There’s 2 12v P-taps allowing for follow focus systems and video transmitters to be neatly attached.

Setting up the Ronin is pretty straight forward, similar to the way you balance a Glidecam you find the centre of gravity then press a button on the DJI app and gimbal will auto tune its self. By looking at the output value of the motors you can tell if it balanced properly additionally you’ll hear the motors working too hard its not balanced properly. 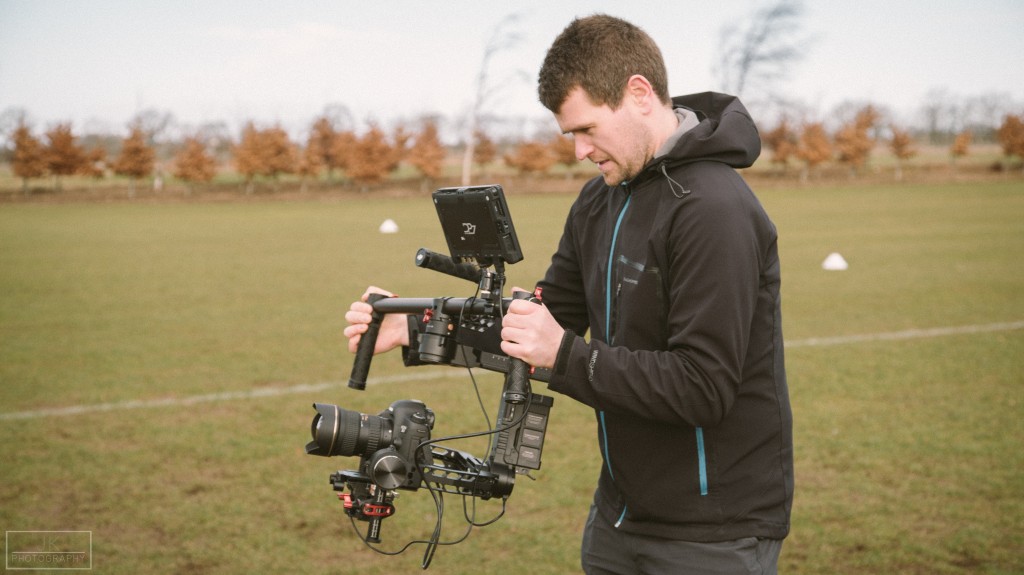 I’d say using a monitor is essential with this, I’ve been hiring a OLED DP7 which is amazing even in bright sunlight. Even with my 5D this setup is not the lightest, I think if I was using this all day i’d look to buy some kind of easyrig for it. Another great feature is that it comes with a controller to control the gimbal – not sure how often i’d use this but none the less its great to have. 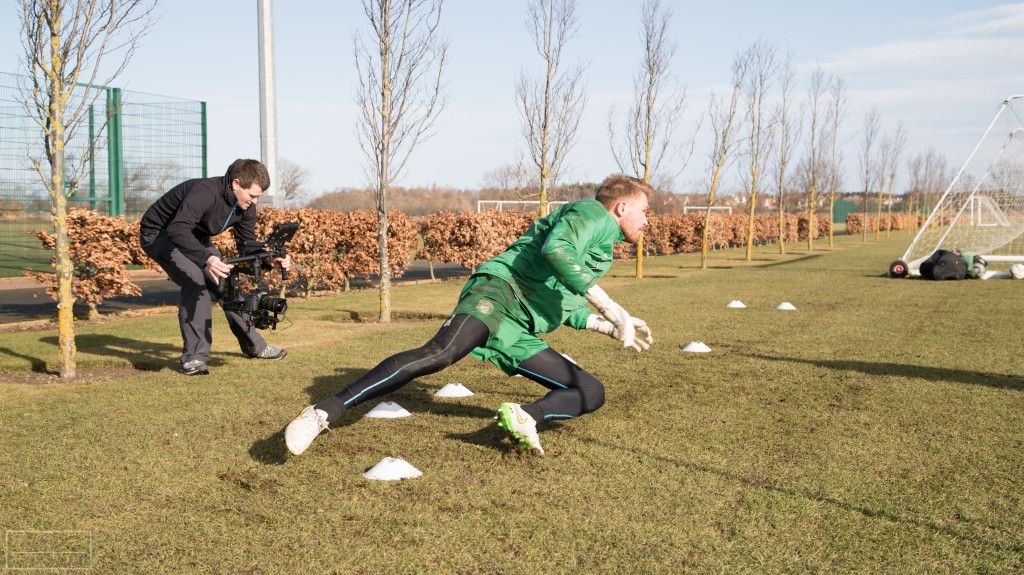