Quick blog post about how I store and back up all the footage I shoot and a bit about sending project files to the cloud. From day 1 working as a Freelance Videographer I’ve known its damn important to properly manage and look after the storage of data. Whether working for a video production company in Edinburgh or having being sent some footage to edit its so important its looked after. We all know hard drives can and do fail, guaranteed at some point we will all have a drive die on us. If this happened right now it would be a pain in the ass but I know all the data is duplicated so therefore I won’t have a heart attack.  When it happens the chances are some of the data could be recovered by a recovery company but not always.

There are many ways in which people manage their rushes, this is what works for me and I also find its pretty cost effective. Inside the computer there are multiple 2TB Black Western Digital drives for storage and the operating system boots from a OCZ 128gb SSD drive. I cant recommend highly enough using an SSD drive for the operating system – Windows opens in a flash and programs like Premiere and Photoshop open in a seconds. Maybe in future I can use SSDs for storage but right now they cost a bloody fortune, but by then we’ll probably be keeping all rushes in the cloud?

If I receive any footage from clients who use Mac, running MacDrive allows me to view Mac formatted hard drives on my PC. 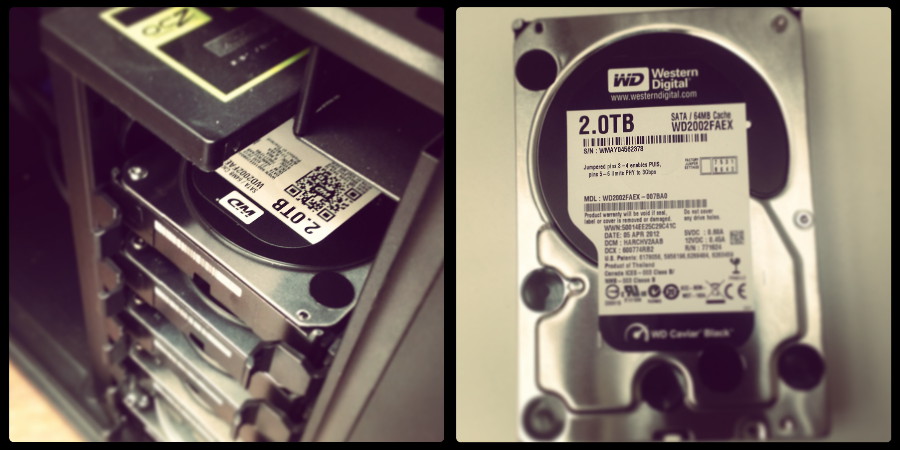 Once the rushes have been copied to the computer, I then make a copy to a 1TB Western Digital external hard drive which is kept at home. If its a big job and I need to log all the footage (which I don’t do in Premiere, but perhaps should) I then backup to another external hard drive labelled logged footage. Having a computer with USB 3 is massively beneficial as the transfer speeds are so much faster than USB 2. 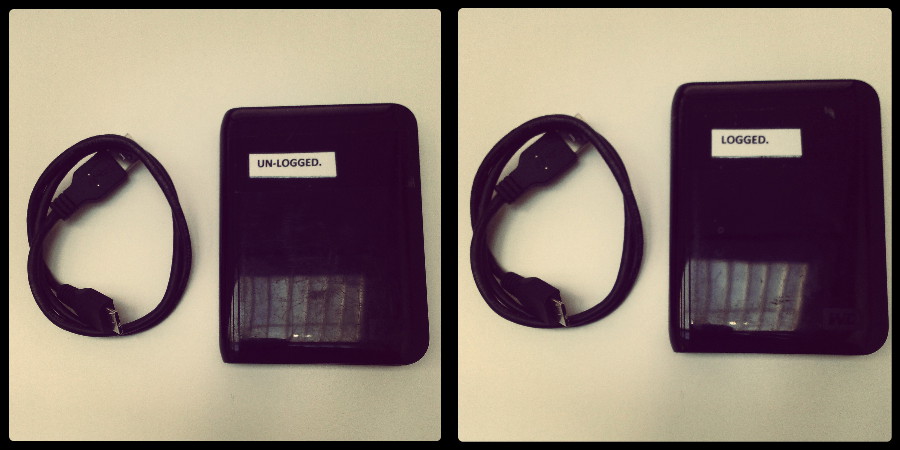 When I need to archive footage I use a Startech HDD dock which takes regular 3.5″ internal hard drives. So I dump archived footage on here then keep it in an Icy Box case. 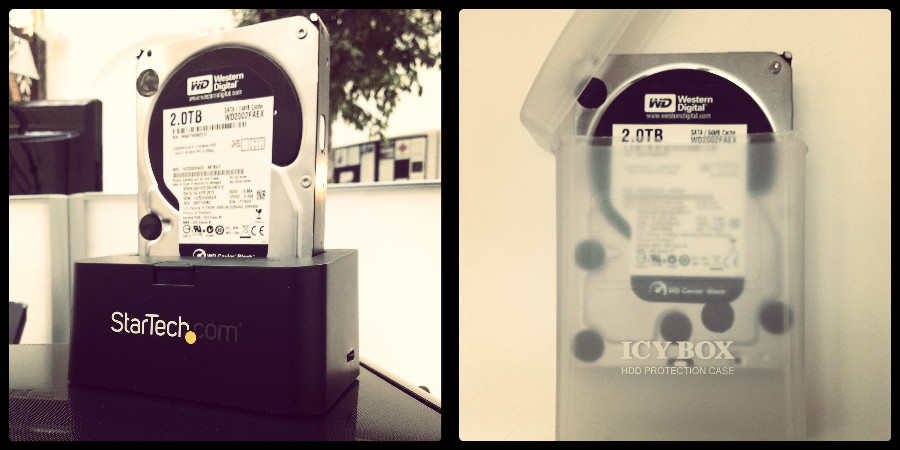 Many people use Network Attached Storage or RAID drives for storage. Synology & Drobo’s are both popular.

I use Google Drive which stores all Premiere’s project files. Every time Premiere auto-saves the project file it’s automatically sent up to the cloud. Google Drive is awesome as I can access any file on the desktop, phone, Ipad and laptop which all automatically sync – for £3 a month its a bloody bargain! In theory I could edit the same project between the computer and laptop as long as all the rushes had the same drive path.